Senators Speak Out Against Bayer-Monsanto Merger

At a Senate panel hearing on consolidation and competition in the U.S. seed and agrochemical industry, Senator Chuck Grassley (R-Iowa), the chairman of the Senate Judiciary Committee, expressed his concerns about the implications for U.S. farmers that the proposed $66 billion merger of German medicine and farm-chemical maker Bayer with the American seed and weed-killer company Monsanto.

This deal will combine two of the six U.S. and European companies that dominate the global agrochemical market. The merger would create a global giant in agricultural and chemicals with a broad array of products. The St. Louis-based Monsanto Co. accepted an offer from Leverkusen, Germany-based Bayer AG last week after months of negotiations, which will pay $57 billion to Monsanto shareholders and assume $9 billion in Monsanto debt.

Senator Grassley has said he is concerned that this deal could hurt American farmers who are greatly impacted by rising costs. Grassley defended farmers by stating that they are under “tremendous pressure” as the agriculture economy has slowed in the last couple of years, with lower crop prices and higher seed prices. He also urged antitrust regulators to closely watch the consolidation of the agricultural and biotech industries and coordinate oversight between agencies.

Jim Blome, president and CEO of Bayer CropScience North America, and Robb Fraley, executive vice president and chief technology officer of Monsanto were questions during the hearing, along with officials from Syngenta. Dow AgroSciences and DuPont will also be there.

Bayer and Monsanto officials state that the merger could help farmers produce higher yields and meet a rising global food demand. Food could be made more affordable and the combined expertise of both companies could help farmers limit chemical use and environmental impact. 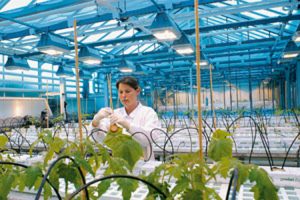 Liam Condon of Bayer Crop Science explained that “It’s going to take a lot of innovation to ensure that everybody can be fed,” and the merged company will be able to speed up product improvements.

Monsanto sells seeds for fruits, vegetables, corn, soybeans, cotton and other crops, plus heavily advertised Roundup weed killer. The company is a leading producer of genetically modified seeds engineered to resist drought and herbicides, among other things.

Senator Jon Tester is urging the DOJ to reject this merger.

As a Senator & a farmer, I’m calling on the DOJ to reject this merger. It threatens the very fabric of rural America https://t.co/UaIyw07sj8

And many others are concerned about the merger’s impact on the environment, and bees in particular.

A Bayer-Monsanto merger violates the law and is a disaster for our birds, bees and farmers @vestager @LorettaLynch https://t.co/9Uz2NbO9Ip

In an attempt to STOP the merger, many grassroots organizations have started online petitions. We can all help stop this merger.

Sign these petitions and have your say against this mega merger!