Are Floating Farms in Our Future?

No Land? No Problem. If Barcelona-based Forward Thinking Architecture has its way, farms of the future will operate autonomously as they float on the open sea. Stretching eco-friendly concepts to the limit, the ambitious design firm has come up with the idea of Smart Floating Farms, large triple-decker agriculture barges that feature fish farms down below, hydroponic gardens up top and solar panels on the roof to keep things running. They don’t exist yet, but they’re certainly providing plenty of food for thought. 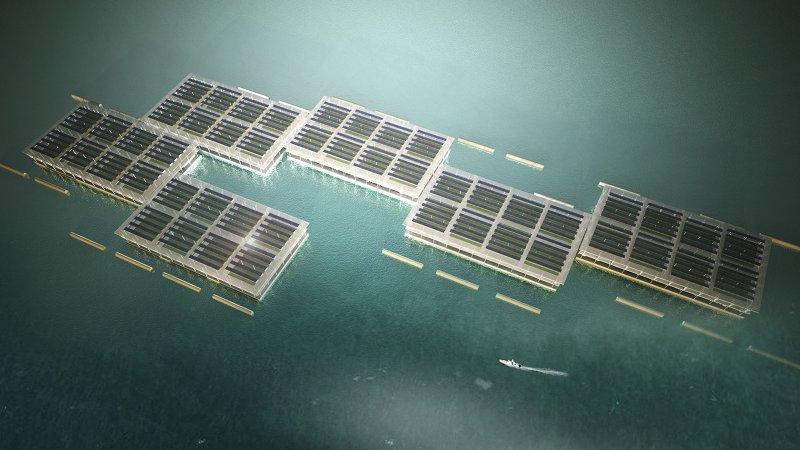 What the designers have in mind is a rectangular farm with a default size of 656 by 1,150 feet and a total area across all its levels of about 2.2 million square feet. Space that isn’t used for farming would be taken up by service walkways and catwalks. Since the floating farms would be modular, several could be clustered together to improve their efficiency even more to serve densely populated areas.

The bottom level would contain fish farms, external perimeter wave barriers and protection, water access points, storage, a slaughterhouse, a desalination plant and a packaging facility. Upstairs would be a greenhouse with automated hydroponics, and microclimate control for crop cultivation. The rooftop level would hold a photovoltaic power plant and feature skylights to deliver natural light to the plants. Wind turbines and wave energy converter systems could also play a role, as could biogas power plants and digesters that would be used to eliminate the biological waste produced throughout the operation. 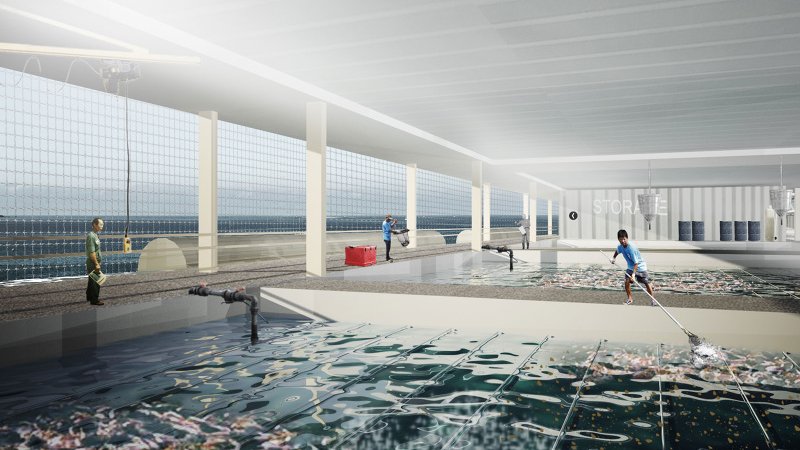 The most important component would be the hydroponic garden, because hydroponics doesn’t require natural precipitation, fertile land or pesticides to be effective and can serve as a model for people who live in arid regions or areas with poor soil. Hydroponic gardens can also be stacked, so they take up less space. 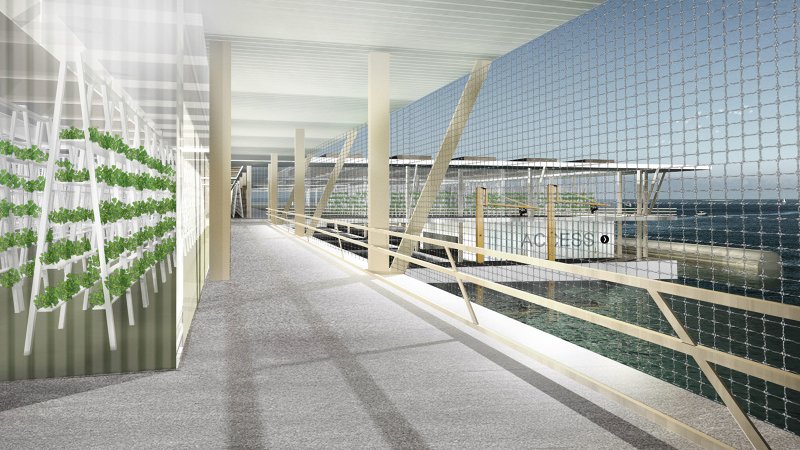 The designers contend that all of this could—at least in theory—operate pretty much automatically, with minimal human intervention. The key would be to place sensors everywhere and rely on the gadgetry of the “Internet of Things” to report data that would ultimately help the farm run at peak efficiency, although details about all that are fuzzy for now. Meanwhile, big data analytics would also be used to determine what the local populace needed most from the floating farms. Fewer fish and more lettuce perhaps? 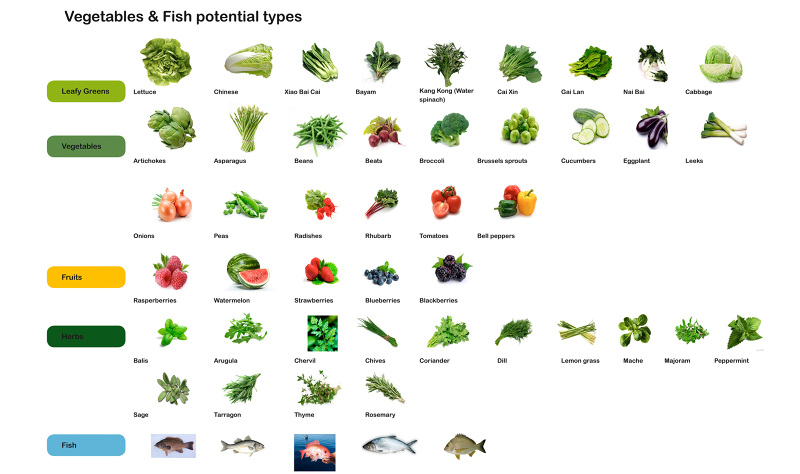 Forward Thinking Architecture says that one regular farm would yield 8.1 tons of vegetables and 1.7 tons of fish per year, which would let the farm pay for itself within 10 years. We’ll see about that, but in the meantime, kudos to the designers for floating such an interesting idea.

This article was originally published by the editorial team at XPRIZE, which designs and operates incentivized competitions to bring about radical breakthroughs for the benefit of humanity.